Look, a post. These pictures are from March in Santa Cruz. THAT'S how far behind I am!

So in Santa Cruz, there's this lighthouse that's been converted into a surfing museum. It's on a cliff, up above the ocean, and it's surrounded by benches that have placards that pay tribute to surfers who have gone to the great ocean in the sky, often in surfing accidents.

That doesn't seem to faze these guys, though. 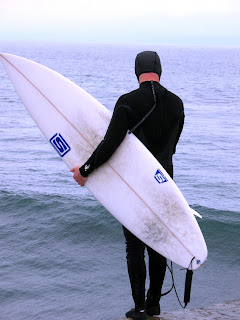 This is a surfer standing on the top of a very high cliff -- 2 or 3 stories tall, I'd guess. He's checking out the waves, which are BIG. 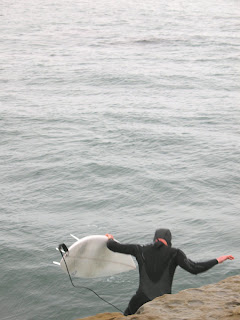 This is that same guy about 20 seconds later. Yes, he's mid-air. 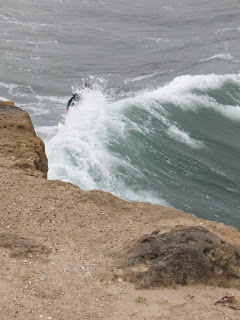 And about 30 seconds after that. Do you see what a MONSTER that wave is? 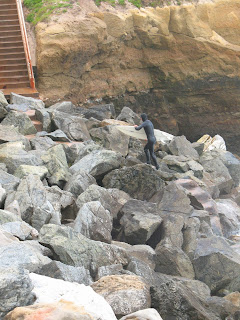 He survived, though, and here he is climbing back out of the water to do it all over again. Even the way OUT of the water looks scary as heck to me! 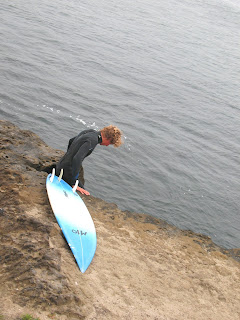 And finally, this is a kid (seriously -- he looked about 15) who thought he had the guts to do this. He's got his feet down on a tiny little ledge down below. He sat there for about a minute, thinking about it, then climbed right back up! I think that's a little closer to my style :-)
Posted by ChrisC at 2:44 PM No comments: Links to this post